Barry Edwards is now working as an Executive Producer for Television Programs and has currently partnered with Teammate Productions to spearhead American Dance Party TV Show. Prior, Barry was the Disc Jockey and Entertainment Director for Dick Clark's American Bandstand.

In early July, 1999 a wholly owned subsidiary of Burbank-based Dick Clark Productions Inc., which operated eight restaurants primarily in the Midwest, the East and Texas, hired Edwards as their Entertainment/Sales Manager-Disc Jockey for their ninth location, which opened in the Chicago suburb of Schaumburg, Ill., called Dick Clark's AB Diner.

The chain, which began in 1990, was based on the "American Bandstand" television show and the music industry, featuring vintage photos, gold and platinum albums, original stage costumes, concert programs, rock stars' musical instruments, rare posters and other memorabilia, as well as American Bandstand Grill merchandise customers could buy. Barry shined and rubbed elbows with all the stars during that stint and has remained friends with Dick Clark and many in the industry since then and still today is called upon for many private parties and celebrity bashes.

Barry Edwards was WBBM//CBS Newsradio 78’s Traffic Reporter from 1979 to 1989. From his perch in WBBM/CBS Traffic Control in the 103rd floor Sears Tower Skydeck, Edwards monitored the heavy traffic flow. Listeners heard him call travel times and back-up problems every ten minutes during the morning and evening rush hours.

Using the sophisticated computer system of the Illinois Department of Transportation, and with an ear tuned to numerous fire, police and weather frequencies, Edwards was able to give motorists and commuters a clear concise, picture of what to expect on the drive to work each morning and home each evening. 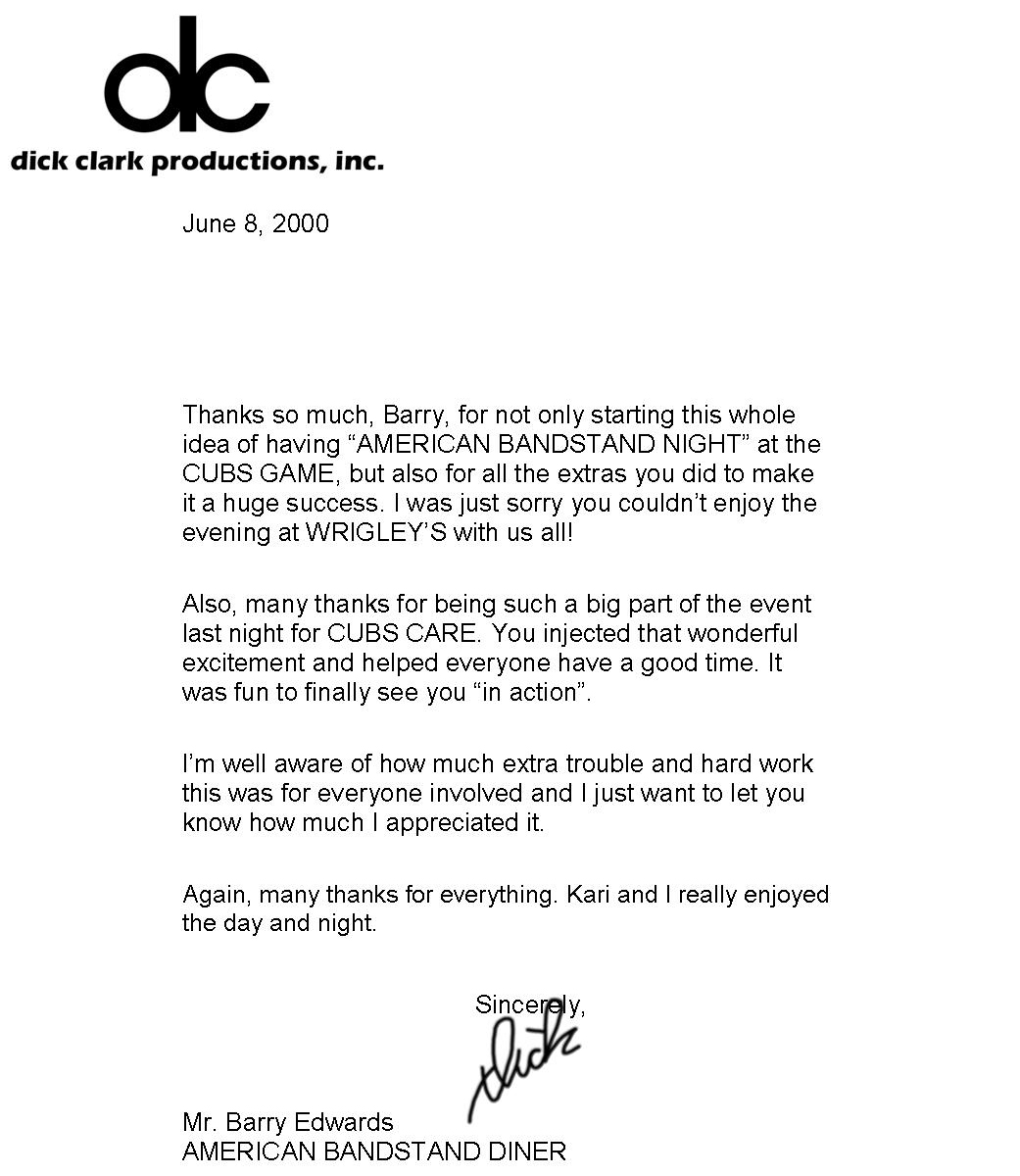 Edwards’ interest in journalism and broadcasting was stimulated by a stint as Walter Cronkite’s copyboy during a summer vacation while a student at the University of Missouri.

That short journalistic adventure convinced him to pursue a news career, so after graduating with a journalism degree, Edwards returned to his hometown of Chicago and began his career at the City News Bureau, the famous jumping-off point for many area journalists and broadcasters. He worked as a copyboy, writer, and reporter while at City News. In 1968, he landed a broadcasting job with then AM-giant WCFL Radio.

Edwards made the big leap to television in 1969 when WFLD-TV hired him as news assignment editor, reporter and writer. In 1970 he joined WLS-TV in the same capacity and remained in television journalism for two years. In 1972, he moved from being in front of the cameras to working behind them --- for the next seven years, Edwards was vice president of Talent Network, Inc., managing talent from the worlds of theatre, film, broadcasting, and athletics.

In March, 1979 Edwards returned to broadcasting. Following his fathers’ footsteps into a career at CBS, Edwards began working for WBBM Newsradio 78 as a back-up traffic reporter and weekend anchor. Edwards gradually dropped his weekend anchor duties and was the full-time morning and evening WBBM traffic voice until June of 1989.

For many years, Edwards has commentated the Lion’s Club Circus for handicapped and blind children. He is a resident of Morton Grove, Illinois, and since 2001 owns Barry Edwards Productions.